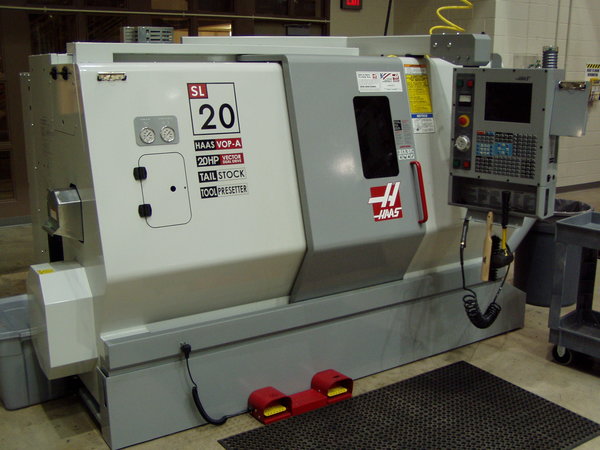 In the machine and manufacturing world, we’re always looking for precision. Precise machines can make the difference between exactly meeting specifications as opposed to almost meeting them. And that’s a big difference. Computer Numerical Control (CNC) machines can provide the machine precision you’re looking for.

A CNC machine—often in connection with Computer-Aided Machining and Manufacturing (CAM) software—uses digitized data to automate, monitor, and control a machine’s movements. For larger machines, the CNC is usually onboard, but CNCs can also control smaller machines as an external PC. A CNC controller can work with any type of machine, from the laser cutter to the welder.

Modern CNC machines and 3-D printers are controlled primarily with a g-code, or a code that tells the machines where and how to move the workpiece to make cuts. The CNC and its g-code is only as good as its coder—the accuracy of the cuts depends on the coder’s precise calculations. Most CNC controls only understand arcs and lines, so if a project isn’t written in this way it needs to be converted into a code the machine can understand. Coding errors could make machinery pieces collide and cause damage.

· Lathes. In a function commonly called “turning,” these machines make subtractions from parts with its spinning arm. To work, the part is mounted on the spinning arm, which then rotates against a cutting tool. Projects best suited to be completed on lathes include those that require a symmetry about an axis.

· Milling machines. These machines make cuts known as “milling” using a spindle. To work, the cutting spindle remains stationary in the mill while the part moves around it on X, Y, and Z axes.

· Grinders. Grinders obviously, well, grind, so they’re used in projects that require less precision than jobs using milling machines or lathes. What grinders lack in precision they make up for in ease—grinders are arguably the easiest CNCs to program.

· Other CNC-controlled machines include plasma and laser cutters, drills, and EDMs.

The reason the CNC is so effective is because it’s always monitoring and adjusting to continue executing the functions perfectly. For example, if it’s working with a cutter, the CNC will always monitor and adjust for speed and position so the machine works optimally.

A CNC’s movements can be linear or rotary, while some machines can move through more than one type of axes. For example, a milling machine usually has three linear or rotary axes, while lasers usually have just two linear axes. A majority of CNC machines are most skilled at straight line movements and circular arcs.

Since they complete very complicated operations, CNCs require a trained technician for proper operation. For example, if a technician wanted to create an arc movement that was at an angle to the principal axes, the CNCs two or more axes would have to move in a synchronized movement simultaneously to make this happen. The CNC—especially the industrial CNC—is not for hobbyists.

Streamline Industries uses CNC machines to give you the kind of precision and quality that your projects deserve. From purchasing up-to-date CNC manufacturing equipment and dynamic balancing equipment to staffing a specialized CNC coordinator, we will lead you through the planning, on-time completion, and finish of your CNC machine projects. Contact us today to see how your project could benefit from a CNC-controlled machine.